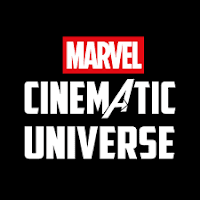 Continuing the exploration of the Marvel Cinematic Universe (or MCU), we move into Phases 2 and 3 (so once again my "part 2" does not coincide with the MCU Phase 2).

Whereas we could have considered the Phase 1 (+ Captain Marvel) movies the warp of the tapestry that is MCU, with its series of origin stories for the principle heroes - and their first coming together to form the Avengers - as the foundation of the MCU, the movies in Phases 2 & 3 should be considered the weft, filling in the story further, adding colour & texture (sometimes through further developing familiar character and places, others by introducing new ones), making the overall design more apparent, while of course each movie is still telling its own story. Each film is designed as its own thing, but woven into it are the threads that connect back to the larger cinematic universe.

With regards to the order of viewing, and wanting to keep it in chronological order within the MCU (as opposed to release date), it was a bit difficult to figure out which events took place before which others. Doing a bit of online research (a.k.a. Googling), I came upon a proposed order by AMC Theatres that makes a lot of sense to me, both in terms of organizing them chronologically and thematically. They propose going straight into the second Thor movie after the Avengers, as it directly takes up Thor and Loki's storylines. Then continuing with the two Guardians of the Galaxy films (the second is set mere months after the first), to continue with the cosmic side of the MCU, before coming back to Earth to look into the consequences of Avengers for the Earth-bound characters, leading into their next team-up.

Of course, SPOILERS BELOW!

Thor: The Dark World (dir. Alan Taylor) - Thor has taken Loki back to Asgard in chains (after his mischief in The Avengers), Odin has him locked up in jail. Loki is still rebellious and pretty much denying any familial relation to any of them (anger of the adopted son at being adopted?). He ends up pointing an invading bad guy in a direction that will give him heartache later, and he somewhat redeems himself as he tries to make amends. Notice how most of this is about Loki? Still the most interesting character around! And that final scene... holds so many delightful promises for film 3!
I was pleasantly surprised on this re-watch... it was a lot better than I remembered! It might be a case of knowing how some of the threads tie into the rest of the MCU that makes them more interesting... or just a better ability to ignore Jane Foster (who, much as in the first film, is the weak link, badly written role - waste of an excellent actress).


How's it connected to the rest?


TV: Agents of S.H.I.E.L.D. (2013 - ongoing as of 2019) was meant to launch the TV side of the MCU and stay linked with it, but it became apparent in its first season how difficult that would be (since TV and movies work on different creative schedules) so they slowly became their own thing... It's main link to the cinematic side is a resurrected Agent Phil Coulson, plus occasional cameos by Maria Hill, Nick Fury and Lady Sif. Plot-wise it also ties in to Thor the Dark World (the episode that aired immediately after had them all on "clean up duty" in Greenwich after the events there) and more closely to Captain America: The Winter Soldier with the reveal that S.H.I.E.L.D. has been infiltrated by HYDRA, so it's dismantled and they are no longer a legitimate organization, and one of their own is actually a HYDRA agent!

Guardians of the Galaxy (dir. James Gunn) is when the MCU got FUN! Sure, Loki has always been a hoot, but this whole movie is just a whole other level (and it has a soundtrack to match). Where the Thor films are cosmic in nature but still in a sense rooted on Earth, GotG has only the most tenuous link to our blue planet in earthling Peter Quill who was abducted by Kree ravager Yondu as a boy and was raised by him in another part of the universe as a thief /outlaw /bounty hunter /scavenger (you name it!). Much like The Avengers was about the individuals coming together to form a team, in this film the various members (all newcomers to the MCU) of the Guardians of the Galaxy (as they will be called at the end of the film) come together, but in a more serendipitous manner, and circumstances pretty much force them to team up in order to stop Ronan from getting an Infinity Stone for Thanos (who finally shows up as a character) and destroying the planet of Xandar.

Guardians of the Galaxy Vol. 2 (dir. James Gunn) only takes place a few months after GotG1 ("baby Groot" is a giveaway, while "teenage Groot" in the post-credit sequence + Avengers Infinity War indicates more time has passed between those), so it makes more sense to watch it right after instead of as a part of Phase 3 (according to its release date). GotG Vol. 2 is all about family, the family we choose that is (a lot more attractive when you realize your dad is a Celestial Being (also a planet!) who wants to redesign the universe, with all the destruction that entails!). The Guardians themselves coalesce more firmly as a family, while Quill realizes Yondu was all the father he ever needed and Gamora and Nebula resolve their "sibling" rivalry and recognize its origin in the different treatment they received from their "father" Thanos (who only appears by name this time).

Iron Man 3 (dir. Shane Black) is the culmination of Iron Man 1 & 2, and really feels like the final volume of a trilogy, bringing Tony Stark further along his personal journey. And although you don't need to have seen The Avengers to enjoy it, you definitely get more out of being familiar with it since it follows up closely on the first team-up film by showcasing Tony's feelings of inadequacy, fear and straight up PTSD (regular anxiety attacks, nightmares, not sleeping...) from having had to fight aliens, go through a wormhole to detonate a nuclear bomb to stop them and almost die. Soldiers and PTSD is a constant presence in the film, since the villain Aldrich Killian has been using veterans to test his Extremis serum on, some time with explosive results. Much like in the first film, this one takes Tony back to basics (instead of a cave it's a kids garage in wintry Tennessee), without access to his gadgets, his wealth or his home. Again he uses his brain to figure things and invent solutions, and comes out stronger than before and with a more clear sense of who he his. "There's one thing you can't take away. I AM Iron Man."

Captain America: The Winter Soldier (dir. Anthony & Joe Russo) is very much a movie about the Strategic Homeland Intervention, Enforcement and Logistics Division (a.k.a. S.H.I.E.L.D.), and about Cap' the "company man" who has been working with them for 2 years now (until he is no longer comfortable in that role and begins to question things "I thought punishment came after the crime." "For as long as I can remember I just wanted to do what is right, but I'm not sure what that is anymore."). The film exposes the rot at the heart of S.H.I.E.L.D., in the form of HYDRA (WW2 era villains in the first Captain America film) which has regrown in parallel to and embedded in S.H.I.E.L.D. Their actions pierce Steve to the core as they have been holding his best friend Bucky Barnes (presumed dead in the first film) in stasis, letting him out now and again over the decades as a brainwashed super assassin the Winter Soldier. The consequences of these discoveries lead to the dismantling of S.H.I.E.L.D. (with Director Nick Fury presumed dead by the world at large), that will have repercussions throughout the MCU moving forward. 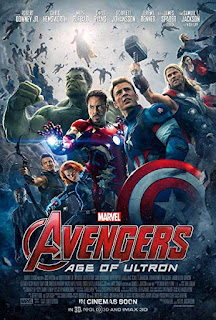 Avengers: Age of Ultron (dir. Joss Whedon). We have a team, who clearly have a common language and work well together, playing off each others' strengths. Until they don't. Until an outside power brings to light and puts some pressure on the cracks between them. Break them down and build them back up is a common story, and it works. The outside catalyst comes courtesy of the Mind Stone, set in Loki's staff (leftover from the Avengers). Hydra scientist Von Strucker uses it to create the powered Maximoff twins Quicksilver and the Scarlet Witch, and it eventually leads to the creation of Ultron and Vision (two AIs in a body). These last to are created thanks to Tony's obsession with protecting the people he cares about and Earth from enemies regular humans can't confront (he's still dealing with the trauma of facing the Chitauri in the Avengers, as shown in Iron Man 3), and the other "mad scientist" on the team, Banner, helps him. "I see a suit of armor around the world." This feeds into the already existing tensions between Tony and Steve, a sign of worse tensions to come in later films. And of course, as this is a Joss Whedon film there is a pretty significant death, and a departure as Banner can't deal with the destruction the Hulk has caused (while under Wanda's mind influence) and he leaves in a Quinjet to parts unknown...